The Miracle of Aliyah 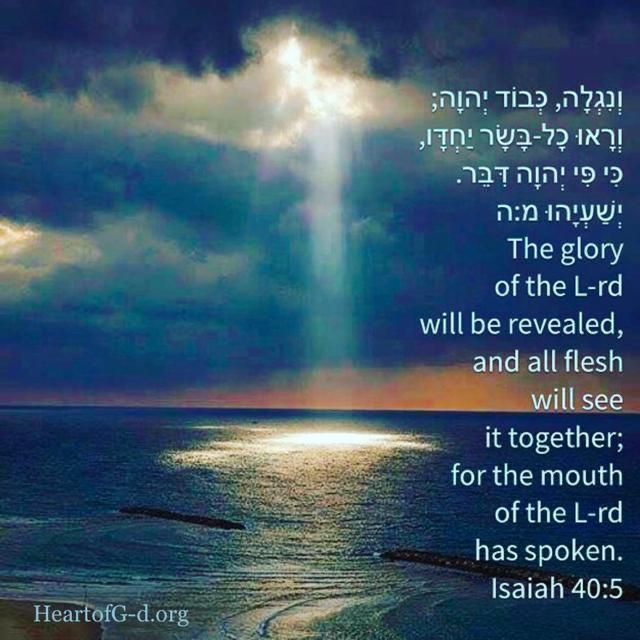 Prophecies and Their Fulfillment

G-d promises over 60 times in Scriptures that He would bring the Jewish people back to Israel – this return is called “Aliyah” in Hebrew. Ezekiel 11:17 declares,

“This is what the Sovereign L-RD says: I will gather you from the nations and bring you back from the countries where you have been scattered, and I will give you back the land of Israel again.”

Take a look at the following Aliyah prophecies and their miraculous fulfillment in our time.

G-d promised that he would bring the Jewish people back to Israel from “all the nations,” “out of all the peoples,” from the “north, west, south, and east,” and from the “ends of the earth” (Isa. 11:12; see other Scriptures below). Jews have indeed returned, not just from one nation or region, but from all around the world. No other single nation in all of history (especially one so small) has been composed of such a diverse population as modern Israel.

G-d proclaimed that the state of Israel would be “born in a day” (Isa. 66:7-8). In Isaiah’s day, nations were never “born in a day” – it took decades and even centuries before a family became large enough to be considered a “nation.” But this could be uniquely fulfilled in the modern nation-state of Israel, as on May 14, 1948 – on one, specific day – Israel was reborn.

G-d declared that the language of Hebrew would be revived (Zeph. 3:9). No other ancient and dead language has ever been revived, except for Hebrew.

He foretold that the land would become completely desolate while we were dispersed (Ezek. 6:14). Mark Twain described the land in 1867 as: “a desolate country…given over wholly to weeds,” “a desolation…hardly a tree or shrub anywhere…. We never saw a human being on the whole route.” [1]

But after we returned, He promised to make the desert “blossom” (Isa. 35:1). People would say of Israel: “This land that was laid waste has become like the garden of Eden; the cities that were lying in ruins, desolate and destroyed, are now fortified and inhabited” (Ezek. 36:35).

Historians recognize what happened in Israel as an “agricultural miracle.” Did you know that Israel is the only country in the world that had a net gain of trees in the 20th century – and this in an area considered mainly desert?

According to charts compiled by a professional meteorologist for the British Royal Air Force, [2] the rain increased over 2.5 times its original level from the beginning of Zionism until the mid-20th century. It did so not evenly, but in steps, corresponding exactly to each new wave of Aliyah. And when was the highest rainfall for the entire period? 1948! G-d was supernaturally providing for His people and showing them His favor again.

As David Ben Gurion, the first prime minister of the State of Israel, stated, “A Jew who does not believe in miracles is not a realist.”

He said that he would deliver His people even though many nations would seek to destroy them after they returned (Mic. 4:11-13). Israel is surrounded by 21 hostile Arab nations that comprise 300 times its land mass, and yet we’ve won every major war since 1948. Israeli soldiers and civilians – many of whom are secular Jews – have reported thousands of miracles that occurred in the midst of these wars.

When the Jewish people, after nearly 2,000 years, finally regained access to the Western Wall in 1967, it was obvious to everyone that it was the hand of G-d at work. Even Moshe Dayan, a secular Jew and Minister of Defense in the 1967 war, quoted Psalm 118:23 to describe this miracle, “This is from G-d. It is wondrous in our eyes.”

G-d predicted that many Jews would return to Israel from the Middle East due to persecution: “They will come, who are about to perish in the land of Assyria, and they who are outcasts in the land of Egypt…” (Isaiah 27:13).

When the nation of Israel was established, the surrounding Arab nations, including Egypt and the modern-day region equivalent to Assyria, threatened the lives of their Jewish populations, and forced approximately 820,000 of them to flee to Israel. [3]

“See, I will beckon to the Gentiles, I will lift up my banner to the peoples; they will bring your sons in their arms and carry your daughters on their shoulders.”

Hundreds of thousands of Jews have indeed returned due to the help of Evangelical Christians.

G-d said that he would cause us to prosper in Israel, and that “The wealth of the nations will come to you” (Isa. 60:4-5). Israel has indeed received the wealth of the nations in investment. More Israeli companies are listed on the NASDAQ than those of Europe, China, and India combined! Israel attracts 30 times more venture capital per person than Europe. Warren Buffett recently invested over $4 billion in Israel, and Bill Gates and other tycoons have made similar investments. [4]

And this all, in spite of the fact that the country has nearly constantly been at war since its reestablishment! Many have regarded this as a miracle in and of itself.

In the 17th century, Louis XIV asked Blaise Pascal, the great French enlightenment philosopher, to give him proof of the supernatural. Pascal answered simply, “Why, the Jews, your Majesty – the Jews.” Can you imagine what he’d say if he had seen the Jews having miraculously returned to Israel?

Jewish history is, indeed, a supernatural phenomenon. Think about this: what other people group have been separated from their land for nearly 2,000 years and still exist as a people? What other people have ever returned to their ancient homeland, reestablished their state, and revived their ancient language?

As if all this weren’t miraculous enough, the Jewish people have been the most persecuted people on the face of the earth, and have been few in number, yet G-d still somehow accomplished these things.

These occurrences are unprecedented in human history, and even violate all laws of human history. Yet G-d predicted them from the beginning – in detail – over 2,400 years ago in the Scriptures. And now these Scriptures are being fulfilled before our very eyes, and in miraculous ways!

G-d made another important promise about the return:

“For I will take you from among the nations, gather you out of all countries, and bring you into your own land. Then I will sprinkle clean water on you, and you shall be clean; I will cleanse you from all your filthiness and from all your idols. I will give you a new heart and put a new spirit within you; I will take the heart of stone out of your flesh and give you a heart of flesh. I will put My Spirit within you and cause you to walk in My statutes, and you will keep My judgments and do them. Then you shall dwell in the land that I gave to your fathers; you shall be My people, and I will be your G-d” (Ezek. 36:24-28; see other Scriptures below).

G-d promised that after He brought us back to the land, He would cleanse us, give us a new heart, and pour out His Spirit upon us. This great awakening is indeed happening now in Israel!

Praise G-d for His faithfulness to His word! We are excited to have an active part in helping to fulfill G-d’s word by promoting Aliyah and assisting Jews in moving to Israel.

See a list of All Aliyah Scriptures, by topic or by book
See Key Verses about G-d’s Heart for Israel

Laboring in Israel’s harvest, leading praise & worship and equipping believers to fulfill their calling to Israel
* Writing L-rd or G-d this way is an ancient Orthodox Jewish custom that Carolyn grew up with. It’s only done out of reverence and honor for His name, so thank you for understanding.
X